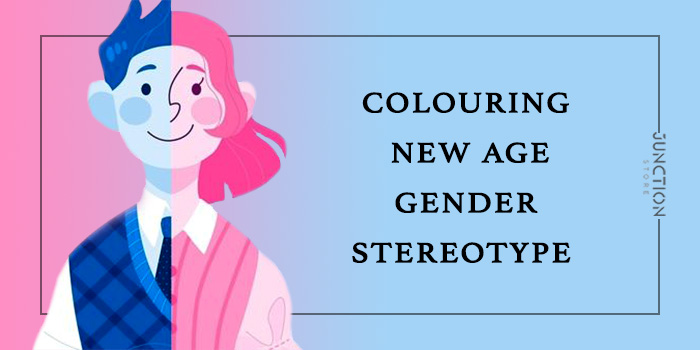 ” Have you ever questioned yourself that whenever you need to buy something for GIRLS you prefer PINK & FLORALS  but why BLUE/BLACK or SOLID for BOYS? ” Because someone ages ago thought it would be a great idea to distinguish gender this way by drawing a line between Feminine and Masculine.

” Remember the days when we all were growing up and boys were taught to be tough and strong while girls should act & behave fragile like a delicate flower?” It’s people who gave colours to their own genders. Following the same uniformity, we have seen our grandparents and parents following this and it is strange to think how we have arranged specific colours and prints for different genders.

ALERT! NO GENDER STEREOTYPE, HOW WOMEN & MEN ARE CHOOSING TO DRESS-UP

“Have you noticed, if you caught any of your male friends or stranger with a pink shirt or anything pinkish in accessories, wouldn’t the statement “So girlish HE is looking” come to your mind or maybe you did jeer about him with other friends?

We have always been taught that men should wear colours like black, white, blue or grey. Earlier prints for men were not appreciated much, but there are a lot of men who are breaking this stereotype. Wearing prints for men is not wrong, instead, it’s said to be cool to express your likings through fashion!

Equivalently, the days are gone when girls were set by the books of strict rules for fashion and body language including; “A woman should wear only feminine clothes and sit with crossed legs all the time”.

As our history said the role of women was to gather fruits where berries were stapled food formerly and they are mostly reddish or pinkish undertone. As per the theory of some scientists, women develop a better colour vision. That’s why women are assigned pink while they are sensitive and have emotions they hold and it’s close to red which is a romantic colour. Also, the colour pink has been associated with beauty. However, blues are the colour of clear sky and water which is the source of survival so at that time men had a special inclination towards blue.

COLOURS DESCRIBING GENDERS IS A MYTH!

By the 1960s during the women’s liberation movement, women challenged this social norm and threw gendered colours out the window. Gender is no longer just limited to male and female or pink and blue but is now a spectrum of non-conforming identities and fashion is beginning to reflect that. In reality, the fantasy that rotates around the colour discrimination of peaches and blacks is just a myth! No colour in real categorizes gender. It is the individual inclinations that matter!

Let’s spare some time to take a glance and appreciate those who are accepting and flaunting their looks breaking gender stereotypes!

As the world moves towards equality, celebrities are channelling genderless fashion through their dress practices. When it’s about fashion inspiration we head towards the celebrities who are slaying looks and taking fashion to another level. They set fashion trends every season wearing outfits & flaunting them confidently. As admirers, we follow our favourite actors and are somehow affected by their clothing style. From being on screen to showcasing their own fashion sense, we incorporate their style into our own.

Prints for Men? Ranveer Singh showed us how it is done!
Ranveer Singh’s fashion style consistently catch everyone’s eye. He channels his authenticity into clothing that blurs the lines between masculinity and femininity. From mixed tones to strong prints, Ranveer Singh’s style sense is everything except for basic solids. He dresses up in a way that sets an example and inspiration to men who got bored with their black & grey hues. Ranveer Singh ought to be your go-to style motivation for such days.

Anushka showed us “why should boys have all the fun”!
With this revolutionary growth towards genderless fashion, we’ve seen some of the most prominent female celebrities embracing menswear as inspiration, with celebrities such as Anushka Sharma are coming forward to break this stereotype making tuxedos a staple socially. However, less noticed, but soon becoming just as prevalent, is men taking inspiration from womenswear.

An influencer has countless numbers of followers on social media, who make content for audience engagement. They advertise brands in real life and share their experience where the followers can imagine themselves similarly situated. Some Fashion influencers are taking fashion to another height and giving us Fashion inspiration to incorporate their style into our wardrobe.

As we know girls have an endless number of beauty & skincare products but are you hearing about Guy beauty? If yes, then it must be due to some extraordinary creative men like Siddharth Batra, who is putting all his efforts into breaking the stereotype of gender!

Who is not crushing over Siddharth Batra’s fashion expression? He comes up with creative reels on Instagram breaking stereotypes of fashion and beauty, his wardrobe has all sorts of exotic colours and he loves to play with prints and silhouettes that are fascinating and eye-catching. Not only fashion, he even shows how guy beauty is a thing that should be considered. It’s strange that people have gender-specific grooming and beauty too. He is even found wearing his GF Komal Pandey’s shirts and jackets to show that clothing has no gender. Well, we should take the time to appreciate this guy’s thoughts and confidence.

WHY ARE FLORALS A BIG NO FOR MEN? DEEPDEEPLS

We haven’t found any logical answer yet!
Someone who said Florals are not for men must be rubbing their eyes at this moment! Categorizing prints in gender is totally a myth. DeeDeepls has worked on breaking the stereotype of fashion by wearing outfits that men think are not meant for them. There are some colours and prints which you want to wear but feel the limitation that a man is not meant to wear brighter shades or allover prints. Next time, you want to shop for some floral prints, don’t hesitate. Just GO FOR IT!

LET’S FLAUNT THE NEW US!- KEEP CALM AND WEAR WHATEVER YOU LIKE!

Florals, solids, artsy or colour blocks wear anything and everything that suits you and makes you happy.  To us,  it has always been about proportion and self-esteem. As Fashion has no gender, we being a responsive community should promote gender-neutrality and let our attire be self-expression for people. We get dressed to signal to other people who we are and what kind of a person is portrayed. It is interesting to see how we may dress depending on the gender we may be appealing to. ⁠We have so many examples of stereotypes that are holding men and women back from being their true selves. With Fashion taking up the mantle to dispel specific apparel and embrace styles that dispel gender stereotypes, the future seems bright.

I hope you enjoyed reading the blog! since we have come so far, how would you relate to the adversity of gender stereotyping and neutrality of customs?
Let us know your opinions and relatability in the comment section.

There are no comments

BE YOUR OWN FASHION STYLIST !

“A friend of mine enjoys dressing up, she is creative with her style, She believes that the joy… 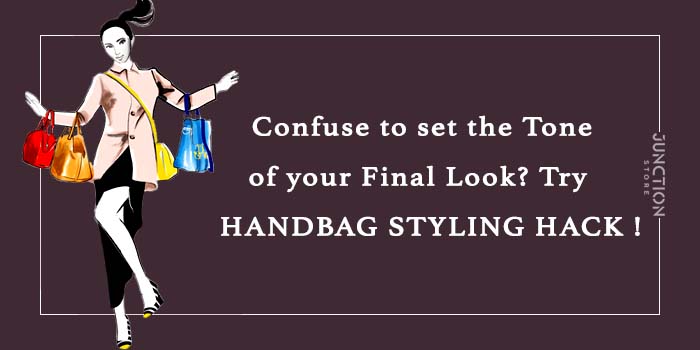 CONFUSE TO SET THE TONE OF YOUR FINAL LOOK? TRY HANDBAG STYLING HACK ! 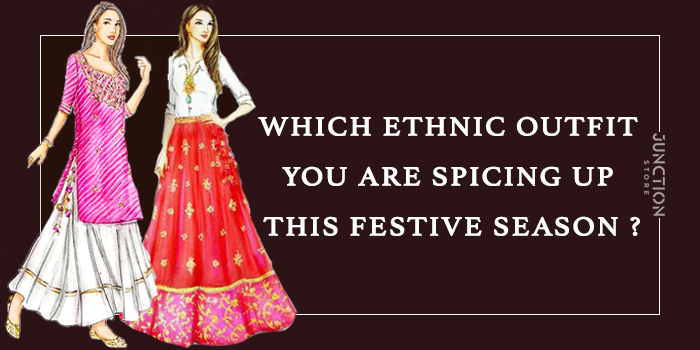 WHICH ETHNIC OUTFIT YOU ARE SPICING UP THIS FESTIVE SEASON ?

Isn't it exciting that we Indians have our year fully loaded with festivals, From Ganesh Chaturthi to Raksha…

No products in the cart.